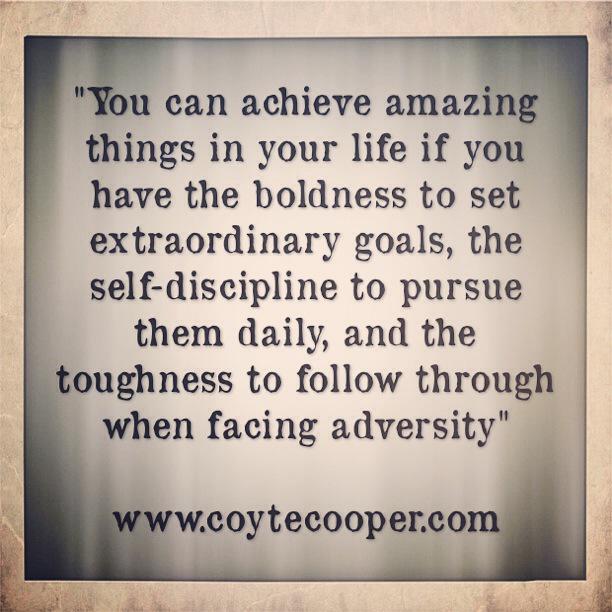 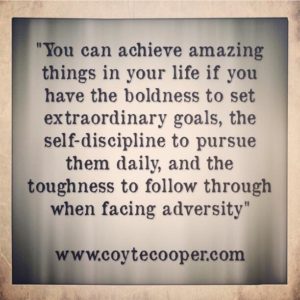 Be Bold and Big Things Will Happen

As an athlete, you are often taught to set goals at a very young age.  That was certainly the case for me as I remember having a goal of being a youth Freestyle state champion shortly after starting wrestling when I was five years old.  And I vividly recall setting a goal of being a four-time high school state champion far before I ever entered my freshman year.   And while I did not achieve all of my goals, I absolutely grew tremendously as a result of pursuing dreams with a sharp focus.  Yes, this is just what you did as an athlete.

Fast forward 15 years in my life…

As I have transitioned into my role as an author, speaker, and teacher, I have had the chance to work with a wide range of people across the United States.  And whenever the topic of vision comes up, I always ask how many people have goals that they would like to achieve in their life.  On average, less than 25% of people actually take the time to consider their goals.  And while it is certainly possible that some people are afraid to raise their hands, you could argue that this shouldn’t count anyways as they clearly do not believe in their ability to achieve goals.  When asking how many have actually written their goals down, the number tumbles into the low single digits.  As it turns out, my experience of goal setting as an athlete was not the norm.  Interestingly, as I have reflected on this, I have to admit that I have contributed to this low percentage because I have not been as proactive about specific goal setting (until recently) outside of the athletic setting.

Why the heck does goal setting matter?

So, you are probably asking yourself why and the heck this even matters?  Well, that may not be completely true because you are likely a motivated person if you have clicked on this entry and read to this point.  Even if you believe in the power of goals, try this one on for size.  In a study at Harvard University, researchers demonstrated the following:

When I first learned of this statistic, I was skeptical and decided to study individuals who had reached the top of their fields and clearly differentiated themselves as being the best.  As I studied these individuals, I quickly realized that they all had one thing in common: they were all extremely specific about the things they wanted to achieve.  In fact, in addition to writing down their goals, these were individuals who visualized themselves achieving their dreams on a daily basis.  Not on an occasional basis…EVVVVVVERY SINGLE day!

In the sport of wrestling, there are a few individuals who are performing at an elite “differentiated” level.  Recently, in college wrestling, Kyle Dake achieved this status as he became the first individual to win 4 NCAA Championships at four different weight classes.  It is absolutely an astonishing accomplishment that leaves you wondering how someone could achieve something so unique.  When you take a closer look, you see that there is something mentally that differentiates him from others.  As you probably already guessed, he does write his goals down.  But he does not stop there.  He had a routine where he wrote down “I am going to be an NCAA Champion” EVVVVVVERY SINGLE day.  Add to this a daily dose of visualizing himself winning every match he competes in and you see why he found himself in the <1% of all elite competitors.

The “3% Rule of Vision” in everyday living

If you are not an athlete, you may be asking yourself what this has to do with you.  My response…EVERYTHING.  While this was an athletic example, the actual process can be applied to any area of life.  In fact, the Harvard study was an primary example of this process in action.  When you take the time to write down meaningful goals, you intuitively give your mind something to pursue.  And when this is reinforced on a daily basis, it keeps you focused on exactly what you should be doing on a consistent basis and your efforts compound.  Meanwhile, the 97% have not even taken the time to write their goals down and they tend to wander far more on a daily basis.

When you realize that the “3-97% Rule of Vision” has merit, you really only have one choice to make.  Do you want to be in the 3% of excellence or with the 97% embracing the status quo?  If you want to have a unique life where you set a standard that inspires others, then you should choose the 3% and write your goals down each day.  And take a lesson from outstanding accomplishments such as Kyle Dake’s 4 NCAA Championships and revisit your goals on a daily basis.  If you are on board, the only thing to do at this point is to find your passion and choose where you will set a standard of excellence that inspires others!!! 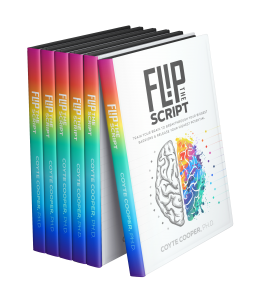 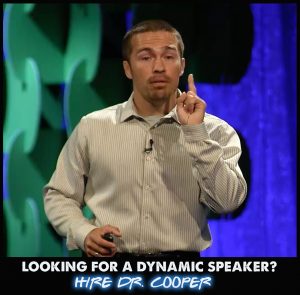